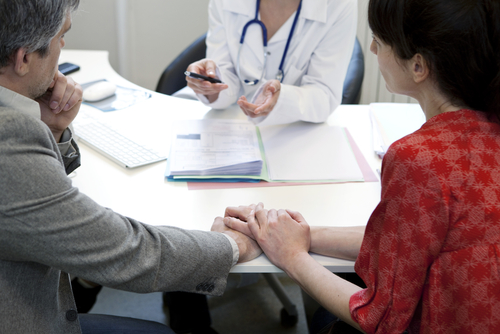 The conclusions of a new survey regarding quality of life for Ulcerative Colitis patients were recently released online and through social media channels as a means of improving care and treatment of the disease. The survey, which was commissioned and funded by MSD, the UK subsidiary of Merck & Co., Inc., together with Crohn’s and Colitis UK (CCUK), studied 684 people with Ulcerative Colitis (UC) who answered questions regarding the level of disease control, the impact on quality of life, treatment satisfaction, and satisfaction after having a colectomy, a surgical procedure where the colon is removed, partially or completely.

Between the participants, nearly 1 in 10 had undergone a colectomy. These patients reported frequent fatigue (74%), abdominal pain (54%) and diarrhea (33%). While fatigue was reported as the worst symptom to cope with, the most common post-operative complications were related to infections (43%), followed by pouch leakage (31%) and pouchitis (23%), a condition characterized by inflammation of the ileal pouch (an artificial rectum surgically created out of ileal gut tissue in patients who have had a colectomy). The results of the survey were announced in parallel with the ongoing NICE Multiple Technology Appraisal (MTA) of biologics to treat moderate to severe UC. While current NICE guidelines restrict biologics use in hospitalized severe UC, the survey’s finding suggest the need for a reevaluation of the guidelines to treat moderate-to-severe UC that fails conventional therapies.

Chris Probert, Professor of Gastroenterology at the University of Liverpool, Honorary Consultant Gastroenterologist at Royal Liverpool Hospital, chair of the IBD Committee for the British Society of Gastroenterology and vice-chair of the Clinical Advisers Committee for Crohn’s and Colitis UK, commented, “Although many people with ulcerative colitis will respond well to conventional therapies, there will always be a subset of those who fail to respond to these treatments and alternative choices to surgery are needed. Biologics could offer a life-transforming opportunity for these patients, who are often young adults, and may even help delay the need for a colectomy.”

Helen Terry, Director of Policy and Research at patient charity Crohn’s and Colitis UK, noted, “Biological therapies offer hope to people with ulcerative colitis for whom conventional therapies are failing to control symptoms, not only so that surgery may be avoided, but so they can resume their lives.”