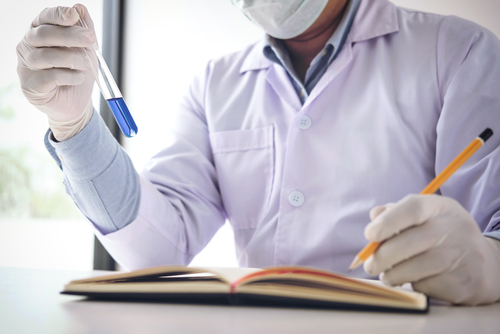 The Lindgren score is the best for predicting the response to intravenous steroid therapy and the need for rescue therapy or bowel surgery in patients hospitalized with acute severe ulcerative colitis (UC), a study reports.

The score, based on stool frequency and plasma levels of C-reactive protein (a biomarker of inflammation), outperformed three other currently used tests and could help guide better treatment strategies for patients admitted to the hospital with acute severe ulcerative colitis.

The study, “Predicting the Course of Disease in Hospitalized Patients With Acute Severe Ulcerative Colitis,” was published in the journal Inflammatory Bowel Diseases.

As many as one-third of patients with acute severe ulcerative colitis fail intravenous steroid (IVS) treatment, a treatment that has significantly decreased the number of deaths due to this aggressive form of the disease.

These patients require alternative interventions including rescue therapy with other immunosuppressants such as cyclosporine or infliximab (sold under the brand names Remicade, Ixifi, Inflectra, Fixabi, and Renflexis), or colon resection (colectomy).

“Several early predictors of IVS failure have been suggested, including clinical parameters such as the number of bowel movements, laboratory markers such as serum albumin and C-reactive protein, fecal biomarkers such as fecal calprotectin, and radiologic and endoscopic findings such as colonic dilation and deep ulceration,” the researchers said.

Although several scores exist that combine two or more of these parameters, there have been no formal studies comparing their accuracy.

A group of researchers at the Hospital de Santa Maria in Portugal conducted a retrospective study looking at 112 patients hospitalized with acute severe UC.

They compared the accuracy of four scores currently used in clinical practice to predict IVS failure, as well as the need for rescue therapy or colectomy: the Mayo endoscopic subscore (MES), an endoscopy-based scale; the Oxford index and the Lindgren score, both of which are based on stool frequency and C-reactive protein levels; and the Edinburgh, or Ho, score, based on stool frequency, low serum albumin and colon dilation on abdominal x-rays.

Of the 112 patients, 42% showed an incomplete or no response to IVS, and of these, 28.6% needed rescue therapy with cyclosporine, infliximab or both, and 26.8% required a colectomy. Two patients (1.8%) died from disease complications.

Investigators found that between all four tests, the Lindgren score performed the best at predicting both IVS failure and the need for medical rescue therapy or colectomy.

To identify patients at high risk of failing IVS therapy, a Lindgren score of more than seven points represented the best compromise in specificity and sensitivity with positive and negative predictive values of 71% and 81.2%.

“Early identification of patients who will not respond to intravenous steroids and other rescue therapies is crucial,” the researchers wrote. “We have shown in a retrospective analysis that the Lindgren score is the most accurate in predicting important outcomes in patients with acute severe ulcerative colitis.”