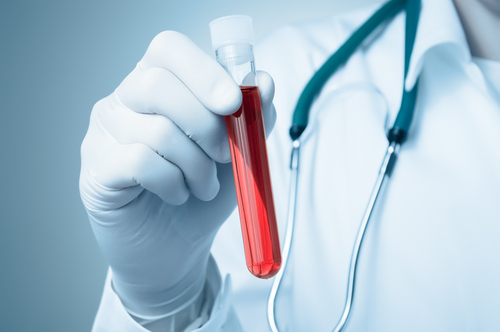 Using a simple blood test from patients with inflammatory bowel diseases (IBD), a team of international researchers were able to identify specific chemical changes in the DNA that could improve the disease diagnosis.

The team believes their findings can show how IBD develops and may lead to progress in new treatment approaches.

IBD is a group of inflammatory conditions of the colon and small intestine. Crohn’s disease and ulcerative colitis (UC) are the principal types of IBD. Evidence from genome-wide associated studies (GWAS) has demonstrated that about 200 genes are associated with IBD, but not all people who inherit these genes will develop the disease.

Several environmental factors are known to influence the development and course of disease, particularly smoking, diet, and gut microbiota. Results from the new study could help explain why some people have inherited these genes but not others.

The researchers, led by scientists at the University of Edinburgh, analyzed the differences in DNA in 240 newly diagnosed IBD cases and 190 healthy people, or controls. They found that epigenetic changes, the chemical signatures in the DNA of patients with IBD, were different from those in the healthy controls.

The findings could lead to a simple blood test to screen people who show IBD symptoms, and those who do not have the signatures in their DNA could be spared further tests.

The researchers also believe that the test results could offer hints to a patient’s longer-term prognosis.

“Our findings bring fresh insights to the underlying causes of inflammatory bowel diseases, which could eventually lead to new treatments,” Prof. Jack Satsangi said in a news release. “Characterizing epigenetic signatures in the DNA of patients could help us to devise better tests for diagnosing these diseases, so that patients can be given the best possible care.”

Both Crohn’s disease and UC may have any of the following symptoms: abdominal pain, vomiting, diarrhea, rectal bleeding, severe internal cramps or muscle spasms in the pelvic region, and weight loss. Anemia is the most prevalent extraintestinal complication of IBD.

Because the symptoms are common in Crohn’s disease, UC and other bowel conditions, it is often difficult for physicians to determine which of the illnesses a patient has.

IBD is currently diagnosed based on blood tests and analysis of stool samples, with patients usually requiring an invasive technique known as an endoscopy in order to confirm diagnosis. Treatments for IBD are focused on reducing inflammation and managing the disease symptoms.

In patients with advanced disease, an option is surgical removal of the section of their bowel that is affected. However, the disease can recur.

“Inflammatory bowel diseases are becoming more common worldwide with young people being particularly affected,” said Dr. Nicholas Ventham. “In Scotland, rising cases among children are a major public health concern. We urgently need better understanding of how and why these diseases occur.”